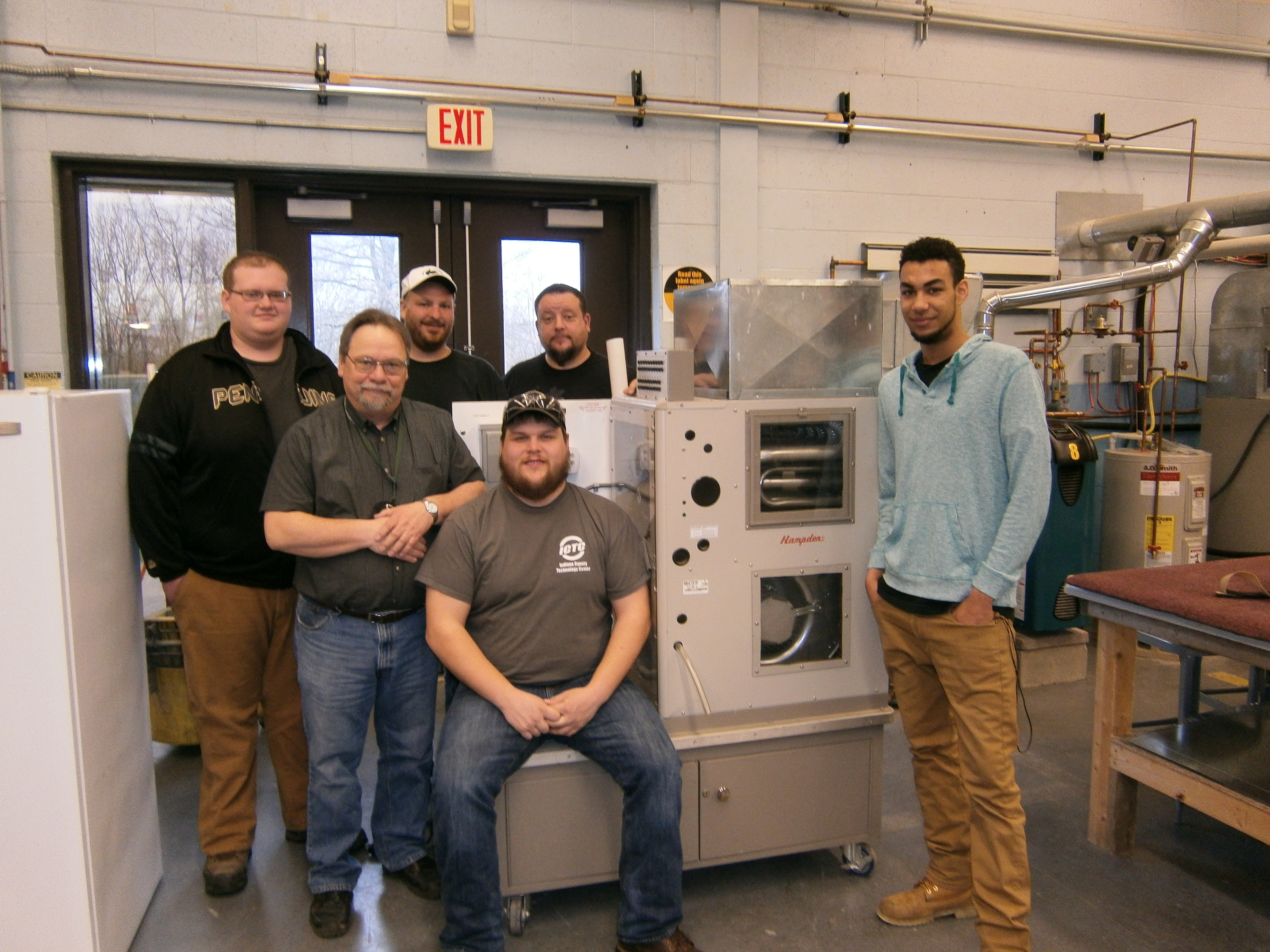 The Indiana County Technology Center purchased a new Hampden H-GHT-4 Gas Fired Warm Air Heating Trainer back in 2009, but within two years, it was out of operation. A representative from the company came to the school and couldn’t determine what was wrong with it. So the unit was relegated to storage and forgotten.

Until this year, when five adult HVAC/R students – Luke Lantzy of Seward, Michael Madzy of Ford City, Robert Muir of Saltsburg, Christian Quarles of Homer City, and Marques Sciortino of Indiana – got the unit up and running as part of a class project. All five graduated June 1st from the program.

The trainer unit is designed to give students hands-on experience, allowing them to conduct tests and make adjustments accordingly on a forced-air gas-modulating furnace.

Quarles was actually considering using a gas-fired furnace and building his own faults into the unit, rigging it so parts of the unit wouldn’t work as a way test electrical components. When he mentioned the prospective project to his instructor, Gould informed him of the trainer sitting idle in storage.

Jim Gould, ICTC HVAC/R instructor, said the unit had not worked since he first came to the school in 2011.

“This group of adults is probably one of the most dynamic groups I’ve ever had,” said Gould of the five adults who were enrolled in the program this year. “They were very intent on troubleshooting and making this career field a permanent one for themselves.”

The trainer was originally purchased with the intent of it being a useful tool for students to learn the ins and outs of furnace repair.

“We can use our meters and do all of the tests, but it’s hard to test something if it works,” said Quarles, pointing out that students can learn more if they perform a meter test and something reads as faulty, allowing them to determine the best course of repair.

The adult students worked on the project for three days, finally determining that two toggle switches in the control panel, where all of the faults are set, were bad. “We were able to use processes we learned in class to narrow down what was wrong,” said Quarles, adding, “This was one of my favorite projects we’ve done.”

“This trainer unit will be used to help our students at the ICTC from now on,” said Gould.